It looks like this SIHH is shaping up to give us a couple of nice ultra-thin records, and I'm totally into it, so let's get to the point. The most straightforward way of slimming down a watch is to reduce tolerances, to eliminate margins, to build as close as possible to optimised projections. Sounds great, in theory, until you realise that when you shave down tolerances and margins and all that, what you're doing is taking away the space for things to go wrong. And when you take away the space for things to go wrong, you damn well better make sure everything works perfectly every single time.

Speaking as a pathological high-achiever (not that I actually achieve a lot, just that I'm unhealthily fixated on it), it's difficult enough to make everything work perfectly even once, not to mention consistently. Ultra-thin watchmaking is the closest our industry ever gets to reconciling theory with practice, turning ideals into reality, making the dream work, and all that. 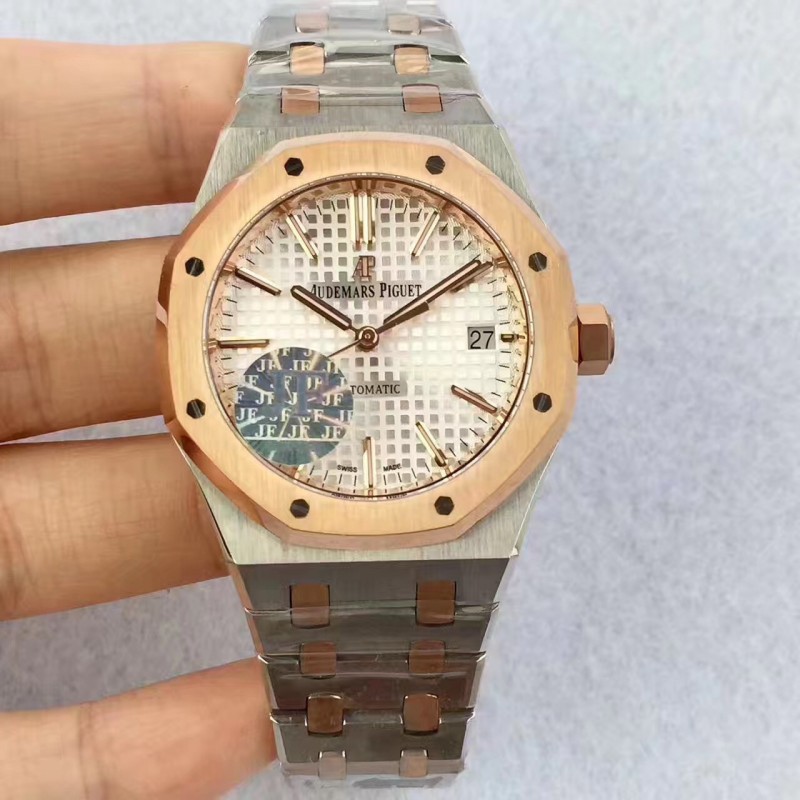 The cal. 5133 powering the Royal Oak RD#2 takes the cal. 2120 as a base, which happens often enough. The cal. 2120 (which I am also unhealthily fixated on yes, I know I have a problem) is the thinnest full-rotor automatic movement in production, a status it has held since it was introduced in 1967. It is also strong enough to support a bunch of modules, which is why pretty much every Audemars Piguet perpetual calendar watch has a cal. 2120 churning away under the caseback crystal. (Remember the universal time QP Metropolitan? Yes, you do, because you're as much of a watch nerd as I am, and that's why you're reading this.) It is a BAMF movement if there ever was one.

If you compare the thickness of the cal. 2120 with the height of the cal. 5130, you'll notice that the complicated cal. 5130 is actually 0.16mm thinner than the 3.05mm-thick time-only cal. 2120. Audemars Piguet have not just crunched down on the thickness of the external watch components to set this record, they have re-engineered the movement too. You can kind of see it even from the outside of the watch; the calendar counters are arranged differently from the other Audemars Piguet perpetual calendars and it's obvious there was significant work done on the construction of the perpetual calendar module although I don't like using the word module, since the cal. 5133 is clearly a far more sophisticated and integrated movement than that word implies.

All in all, the cal. 5133 is an amazing accomplishment, considering the existing cal. 2120 it's based on is already pretty damn thin as it is, being a record-holder of its own.

Here's the thing, though. It was only possible to trim down the base calibre because of the additional perpetual calendar components that the cal. 5133 brought into the picture. You couldn't do it without them the cal. 2120 would be thin to the point of non-functionality. That's what I mean when I wrote that the cal. 5133 gives as much to the cal. 2120 as it takes. I want to say something like Together Everyone Achieves More, or Teamwork Makes the Dream Work, or similar inspirational phrase, but I respect your intelligence and taste too much to even go there.

In bringing the thickness of the overall watch down to an incredible 6.3mm (the next thinnest automatic perpetual calendar in the Audemars Piguet collection is probably the 9.15mm-thick Jules Audemars Quantime Perpetuel), Audemars Piguet have created a complicated watch even thinner than their existing ultra-thin time-only model, the 8.1mm-thick Royal Oak Extra-Thin (informally referred to as the Jumbo).

This is not the first time we've seen Audemars Piguet flex their extra-thin expertise the integrated movement-case automatic tourbillon cal. 2870 of 1986 is still on my longlist of watches to acquire one day, through noble or nefarious means. The only problem with the cal. 2870 is that people didn't know how to take care of it and it didn't really work out as a viable long-term keeper.